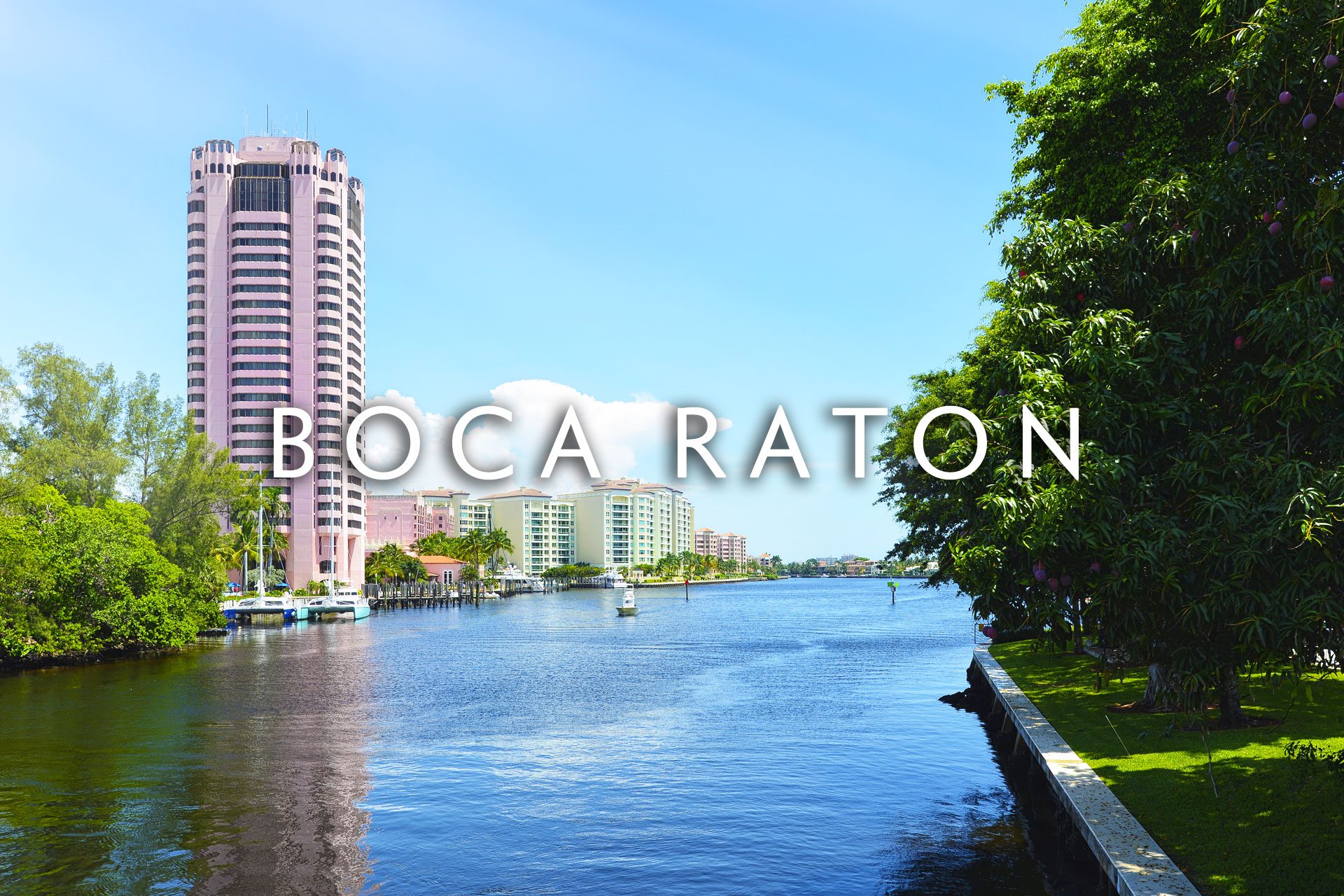 Boca Raton /ˈboʊkə rəˈtoʊn/ is the southernmost city in Palm Beach County, Florida, United States, incorporated in May 1925 (first incorporation in 1924).[6] The 2014 population estimated by the U.S. Census Bureau was 91,332.[3] However, approximately 200,000 people with a “Boca Raton” postal address reside outside its municipal boundaries.[7] Such areas include newer developments such as West Boca Raton. As a business center, the city’s daytime population increases significantly. It is one of the wealthiest communities in South Florida. Boca Raton is located 43 miles (69 km) north of Miami and is considered one of the principal cities in the Miami metropolitan area.

Boca Raton is home to the main campus of Florida Atlantic University and the corporate headquarters of Office Depot and ADT. It is also home to the Evert Tennis Academy, owned by professional tennis player Chris Evert. Town Center Mall, an upscale shopping center in West Boca Raton, is the largest indoor mall in Palm Beach County. Another major attraction to the area is Boca Raton’s downtown, known as Mizner Park.

Many buildings in the area have a Mediterranean Revival or Spanish Colonial Revival architectural theme, initially inspired by Addison Mizner, a resort architect who heavily influenced the city’s early development. Still today, Boca Raton has a strict development code for the size and types of commercial buildings, building signs, and advertisements that may be erected within the city limits. No outdoor car dealerships are allowed in the municipality. Additionally, no billboards are permitted; the city’s only billboard was grandfathered in during annexation. The strict development code led to McDonald’s subduing its Golden Arches and has resulted in several major thoroughfares without large signs or advertisements in the traveler’s view.